Watsonville’s wetlands provide vital habitat for many endangered and threatened wildlife species. Our restoration efforts and those of our partners are underway to bring their populations back to healthy levels in our sloughs. Join biologist Gary Kittleson as he discusses his work with two of these species, the red-legged frog and the western pond turtle, and provides an update on the health of our local populations. 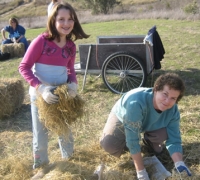 Join us as we celebrate World Wetlands Day at Struve Slough! Meet us at 9:30 in the parking lot behind Body Zone, 1810 Main St. Plant a tree and enter for a chance to win a free visit to the Monterey Bay Aquarium!

The Edge of Extinction: Can Sea Otters and Cheetahs Survive the Human Threat? 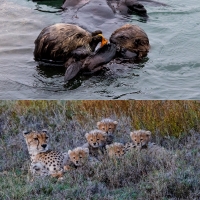 Join author Kim Steinhardt for an inspiring global conservation story, a photo-journey into the lives of the Pacific Ocean’s southern sea otter and the Serengeti’s cheetah, exposing their remarkable resilience in the face of grave threats, and the differences between the wildlife conservation efforts mounted for each under widely differing legal systems. Theirs is a cautionary tale of the often-troubled relationship between humans and nature, and the outsized impact we have on species that thrived for thousands of years until being driven to the brink of extinction by human contact.