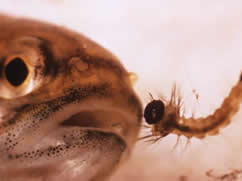 In addition to beautifying the landscape, our wetlands provide important ecosystem services, including storm-water management, habitat for aquatic life, and ecosystem health and stability. Wetlands reduce storm water runoff problems by catching and slowing it. They help filter and clean rainfall and runoff water and increase ground-water aquifer recharge. Polluted wetlands will not support a wide variety of life but may nonetheless provide breeding grounds for fast-evolving species such as mosquitoes. Healthy wetlands on the other hand provide for a diverse flora and fauna, including birds, bats, aquatic insects, fish, and amphibians, all of which eat mosquitoes.[1] One of the fish found in our sloughs is the non-native mosquitofish, like the one in the Centers for Disease Control image, above, shown about to devour a mosquito larva.

We know that fish are a major human food source. But they are much more than simply food. A wide variety of common and ancient fables and aphorisms involve fish and fishing. In that, and, for example, in the variety of fish designs on our bumper stickers, we can see that fish are also of great symbolic importance to us.

At Watsonville Wetlands Watch, we are often asked what fish live in the sloughs. This web page answers that question. We should all try to play our parts to minimize pollution so that there can survive a “lot of fish in the sea,” but in our fresh water sloughs only the nine species described on this page are commonly found, and only three of them are native.[2]

Click on the View Details tab, below, to see a larger image of the fish. Click again to close the tab. Multiple tabs can be opened simultaneously. Hover mouse pointer over words with a dotted underline for more information or a definition. 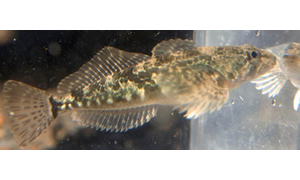 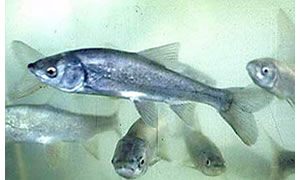 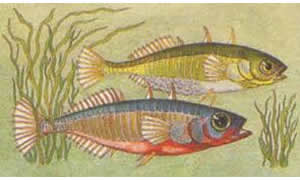 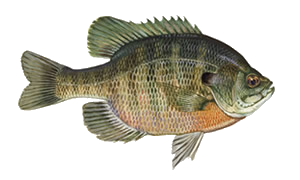 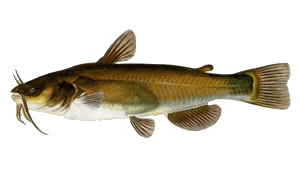 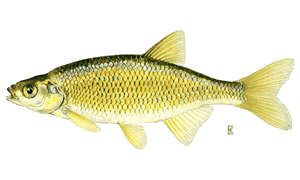 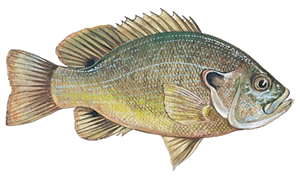 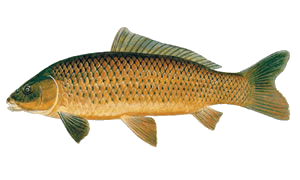 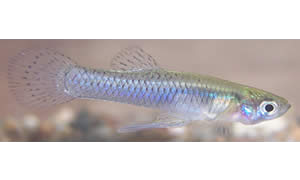 Description: Adaptable to fresh and saltwater. Sensitive to pollution. Hides during day and feeds at night. Spawns between February and June and hides eggs under loose rocks. Male guards eggs until hatch. Fry hatched in rivers and lakes get washed into sea, often moving up streams to feed. Such movement often interrupted by man-made barriers or diversions. Both adults and juveniles eat midges 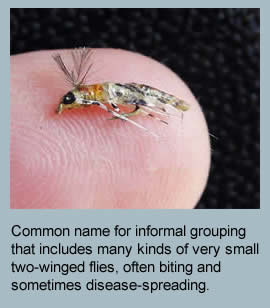 and amphipods. In streams, food may include benthic 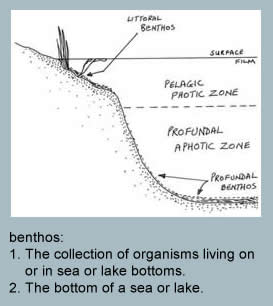 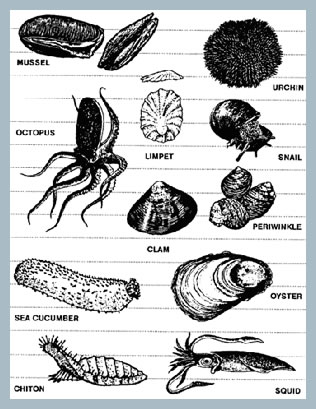 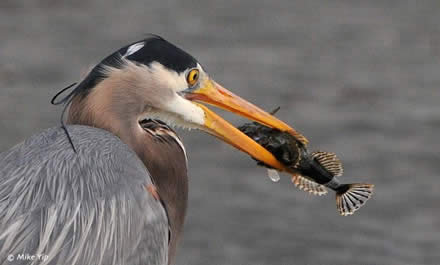 More information: Oregon State Univ; Aspects of the ecology of the prickly sculpin; the fish has a Facebook page.

In a scene that could well be in our own sloughs, a Great Blue Heron has caught a Prickly Sculpin. We can only hope it’s not too prickly to swallow; we might think the bird was eyeing the prospect. The heron has positioned the fish head-first for easier swallowing. 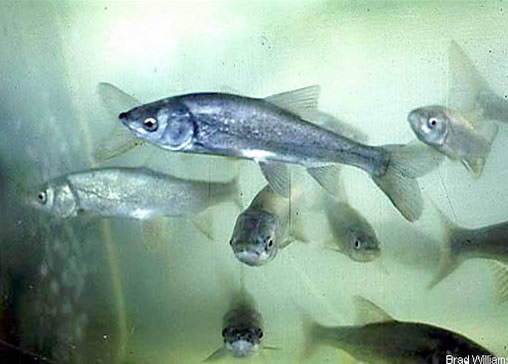 Description: Native to the Sacramento and San Joaquin drainages as well as Clear Lake. Ability to adapt to extreme environments including high water temperatures and salinities. Eats planktonic algae and zooplankton, including copepods 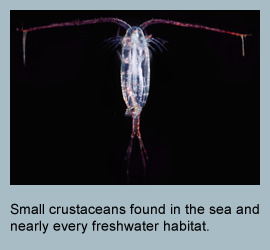 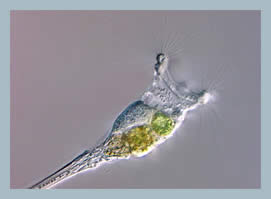 , cladocerans, and detritus. Spawning generally occurs in spring but may happen any time between March and July when water temperature are between 12 and 24°C (54 to 75°F). Spawning beds are usually in areas of thick vegetation and shallow water. Eggs will cling to local substrate until the larvae emerge and begin foraging in same region.

Description: Has a unique characteristic of developing distinctive forms based upon geography and physical conditions. Bodies vary from fully plated to unarmored. Native to much of northern Europe, northern Asia, and North America. Lives in streams, ponds, ditches, rock pools, and estuaries. Needs clear water for nest building and food foraging. Small, fairly deep body. Three spines in front of the dorsal fin. Color is normally mottled, brownish-green, paler on the underside. A breeding male has a bright red belly and blue eyes. About 2½ inches long and lives about three years. Eats mainly small water invertebrates, fish eggs, and young fish, including its own. 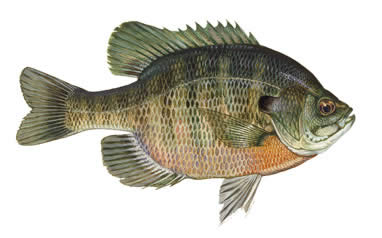 Description: Small cousins of catfish with no scales and sets of wormlike feelers, called barbels, on front of face. Eight to 14 inches long, weigh up to 8 lbs. Color dark green to brown above and lighter-colored on underside. Omnivorous.

Description: A cyprinid fish native to eastern North America. Sole member of its genus. Much used as a bait fish; probably the most widely pond-cultured fish in the United States. Is a common minnow found in lakes, ponds, marshes, and quiet streams. Can grow up to 12 inches long, but is usually much smaller. Eats zooplankton, crustaceans 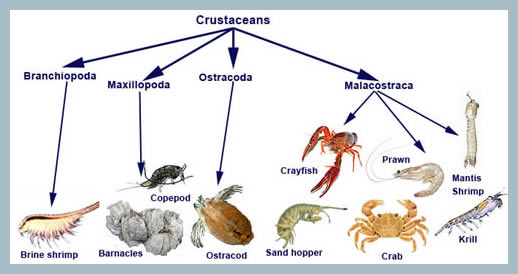 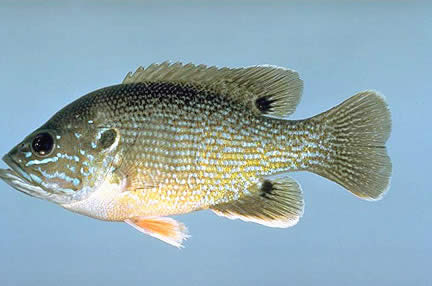 Description: Tolerant of poor water quality and are often the only sunfish found in very muddy waters. Both green sunfish and bluegill readily hybridize with other species of sunfish, most often each other. Is communal spawner with males constructing nests in shallow water from mid-May to August. Female then lays 2,000 to 26,000 eggs. Males defend the nest for the three to five days it takes the eggs to hatch and will try to entice another female to deposit a new batch of eggs in nest.

Description: Can adapt to habitats from brackish sloughs and salt marches to warm ponds, lakes, and streams. Common in stagnant water. Unique head shape allows mouth to intake water from absolute edge of water’s surface, where dissolved oxygen is higher. Can thus survive in waters that are very oxygen poor. Opportunistic omnivore with broad diet including mosquito larvae, algae, zooplankton, terrestrial insects, other invertebrates, etc. When food is scarce will eat algae and diatoms, and can be cannibalistic, especially of young. 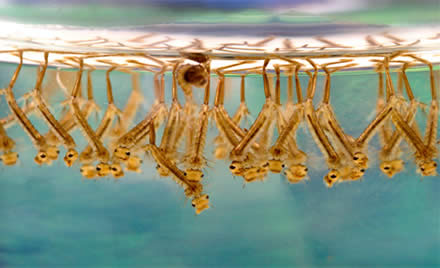 Mosquitofish are adapted to eat mosquito larvae. The larvae come to the surface to breathe. The mosquito’s lifecycle is complex.