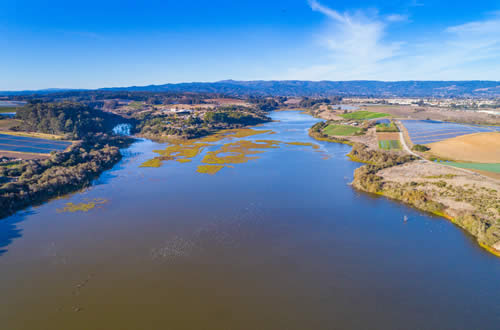 California has lost over 90 percent of its wetlands to development, and the Watsonville Sloughs — one of the largest remaining freshwater marshlands in the state’s coastal zone — provide a crucial resting place for many species of migrating birds. Among the thousands of birds and other abundant wildlife frequenting the sloughs are a variety of rare species, including 23 native plant and animal species that are listed as threatened, endangered, or of special concern.

The Watsonville sloughs cover about 800 acres adjacent to the city of Watsonville. The slough system has six interlinked, freshwater sloughs lying at the southern end of Santa Cruz County, in central-coast California; they are fed by the waters of the Pajaro Valley watershed. 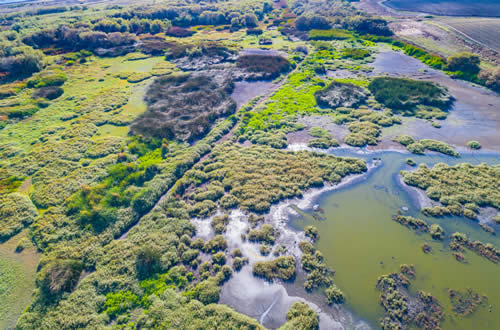 Human beings have left their mark on the Watsonville Wetlands for thousands of years, however, the pace of the transformations resulting from human contact has greatly accelerated in the past 200 years. The first peoples, the Calendaruc and other Ohlone tribes were hunters and gatherers. They left their mark on the land by setting fire to the land after harvesting seeds in autumn thereby discouraging the growth of large woody plants and promoted the regrowth of the perennial grasses and other plants they used.

In 1769 Captain Gaspar de Portola, Governor of Baja California, led an expedition of 64 men up the coast of what is now the state of California. They found a large meandering wetlands on the floor of the Pajaro Valley. Mosquitoes were their greatest enemies. He and his men found an abandoned village containing the body of a large bird stuffed with grass suspended from a pole. It's been speculated that these sightings gave origin to the name, El Rio del Pajaro, or 'bird river' The Spanish settlers who followed Portola concentrated their energies on ranching. Land was cleared for grazing and new plant species quickly replaced the natives.

They were followed by the American settlers after the California Gold Rush of 1848 which ushered in the great agricultural era, where dikes were built to channel water and roads paved for access. So great was the transformation of the environment of the Pajaro Valley between Portola's arrival in 1769 and the incorporation of Watsonville in 1868, it has sometimes been compared to the transition in Europe from a hunting and gathering economy to an agricultural one.

At the start of the new millennium, the strongest pressures acting on the valley's environment are related to the urban expansion that is rapidly transforming the area. Eighty five percent of the valley's former wetlands have already succumbed to development, resulting in a loss of both numbers and diversity of plant and animal species.

Despite damage to its ecological functions, the Watsonville Slough system is still a rich natural resource. With restoration and preservation it has the potential to regain some of what has been lost.

A casual observer might imagine that the sloughs are just flat, shallow depressions on an otherwise uneventful terrain. They appear smooth and softened by a history of erosion and farming. Today one can drive by the sloughs and barely see them as flashes of green between berry fields and shopping centers. What lies below these mashes, however, is a complex story—a story driven by the slow steady power of water, waves, wind, and tides on a geologically unstable, tectonically active coast. 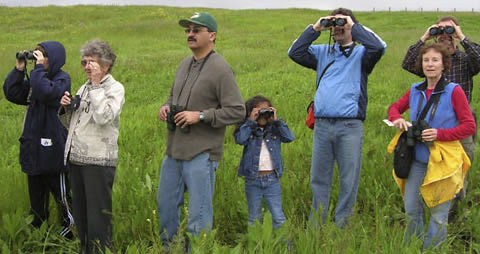